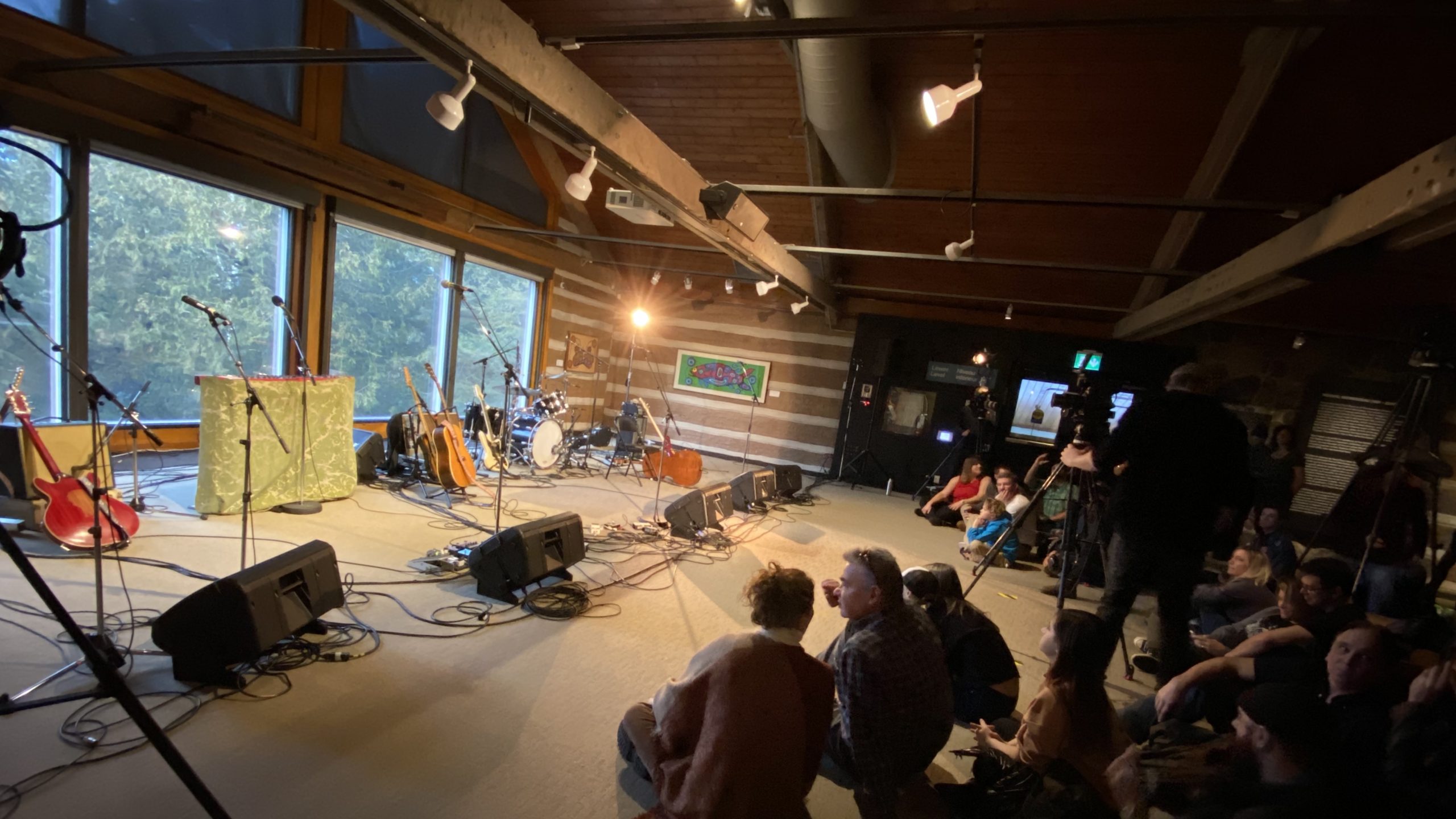 My competition routines are really coming together and I am excited and ready! 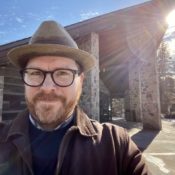 As I teased about last week, Monday was a really special day in that I had the opportunity to go see an intimate Sarah Harmer concert north of Toronto for CBC First Play Live featuring her forthcoming album Are You Gone. And the added bonus to this all was that the setting for this show was The McMichael Gallery which was currently hosting a year-long exhibit The Group of Seven at 100. Because the show was on a day that the gallery is closed, we were allowed to take in the exhibit. Danielle, Emelia & I have been fans of the Group of Seven’s artwork which was crystallized on our first visit to Bon Echo when we learned that the members group visited the area and painted there. To be able to stand face-to-face with the paintings able to smell the paint was truly amazing.

The gallery is situated on 100 acres of the Humber River Valley and there are trails all over the property with art installations. I was able to take in some of the stunning trail views and the weather was absolutely perfect. The first thing I told Danielle & Emelia about the day is that I have to bring them back to see the gallery and the exhibit. Also As for the show, it lived up to all my anticipation and I can’t wait to hear the album when it comes out officially. The bonus was there were few friends there I could catch up with and Sarah even remembered who I am and said hello (We would run into her at Wolfe Island every summer, and a lot of her current and former team are friends) Danielle and I will have the chance to see Sarah again at the start of April when she brings the album out on the road and makes a stop in London. 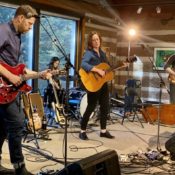 As if that wasn’t enough amazing music in my week, the weekend was bookended with amazing concerts. Quite some time ago one our favourite bands, Blue Rodeo announced a tour that brought them to London last night. But added was their supporting act is one of our all-time favourite bands Elliott Brood—a band that we’ve become friends with. So, we were in! What sweetened it for us is Danielle had a gift certificate for Budweiser Gardens so we were able to get ourselves some really great seats up close. We have seen the boys in all manner of venues and all sizes of crowds over the years and they really are made for any venue or audience. Last night, they did not disappoint.

And, as much as Emelia was disappointed she wasn’t brought along to the show, it was really good for Danielle and I to have a night out together with two bands that really are deeply seeded in who we are as music fans and a couple. One of Blue Rodeo‘s song “Try” is one that was one of our first songs when we were dating. And, Elliott Brood represents more than just music we love—they’re also a big part of a lot of friendships we’ve made because of music and back in the day, CBC Radio 3. We had three solid hours of all of the songs we wanted to hear and then some. We sang along and had a great time. It was great being able to say hello to the boys in Elliott Brood just before they hit the stage, and as Danielle will tell you, just beaming when Blue Rodeo brought them up for the encore to sing along to their iconic and one of my favourite songs, “Lost Together“.

I could not have asked for a more fitting and better way to start and end a week aside from being able to have both Emelia and Danielle at both of those shows. But they get the next best thing in either case: hearing me go on and on about what a great couple of shows it was on here.

I feel this is the underlying theme of the second half of the winter: sickness. I am normally a very healthy person, rarely catching the germs the kids bring in over the winter season. This year not so lucky. Only 3 weeks ago I was battling a puke virus along with the rest of the family this last week I was hit with a respiratory virus. This one hit hard, been hacking for a week, feeling like a hot bag of crap. All week I was worn down, pushing through taking care of the kids. I was beyond glad that this weekend finally came around to recover. 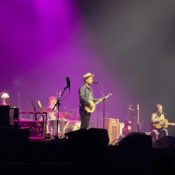 The week was a long but I was able to get a bit of help with Emelia being home. The teachers unions are currently in rotating strikes as they fight with the government over contracts, budget cuts, and classroom sizes. This has meant that as the strikes ramp up the kids have been home two days a week as the teachers picket. Emelia was home for two of the days last week (Tuesday and Thursday) and it was so helpful having an extra set of hands with the little ones. 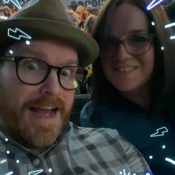 This week for Emelia has been a real drive and focus, she has been trying to push her drive into her school work to keep on top of everything as well as focusing on her routines for gymnastics. Emelia is less than a month from her first competition and she has been working her butt off at each practice. She is still tweaking her routines to assure she is getting the most of her scores and showing off her gymnastics skills but with building her own routines she has been able to show off her dance skills. The routines are really coming together and are truly her own. We are so proud of you, we know this year has not been easy, it has been an uphill push and you are showing us what true resilience looks like. You really are a champion no matter where you place on the podium next month. Your mom and dad are proud of you! 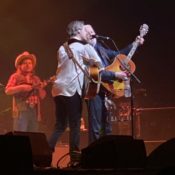 After a long week John and I were really looking forward to this weekend. We needed a night to reconnect together since we have been going in opposite directions, battling sicknesses, our busy schedules and opposite work schedules. So Saturday and finally having a date night was pretty sweet. A few months ago John mentioned that one of our favourite bands was opening for one of Canada’s legendary bands who also happen to be one of our favourite bands. Elliott Brood is one of our favourite independent band, we love their music, their shows and some of the members have become friends of ours over the years. So to hear that they were opening for Blue Rodeo we knew we had to go. The tickets were very expensive but with a gift certificate I had from a client we were able to get one ticket covered. 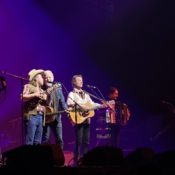 The show was amazing but I have to say the true highlight of the night was seeing the look on the boys from Elliott Brood’s face during the last song when they joined Blue Rodeo on stage was a sight I will not soon forget. The boys were beaming and you could tell they were taking that special moment all in. The show was incredible!

This week we are back at the grind, Emelia will be home for the next few days due to rotating strikes so I am happy to get some time with her and an extra set of hands. The week will include more training for Emelia and we can wrap the week up with a long weekend next weekend. John has the three day weekend off and we have lots of plans with friends and family so we are already counting down the days! We 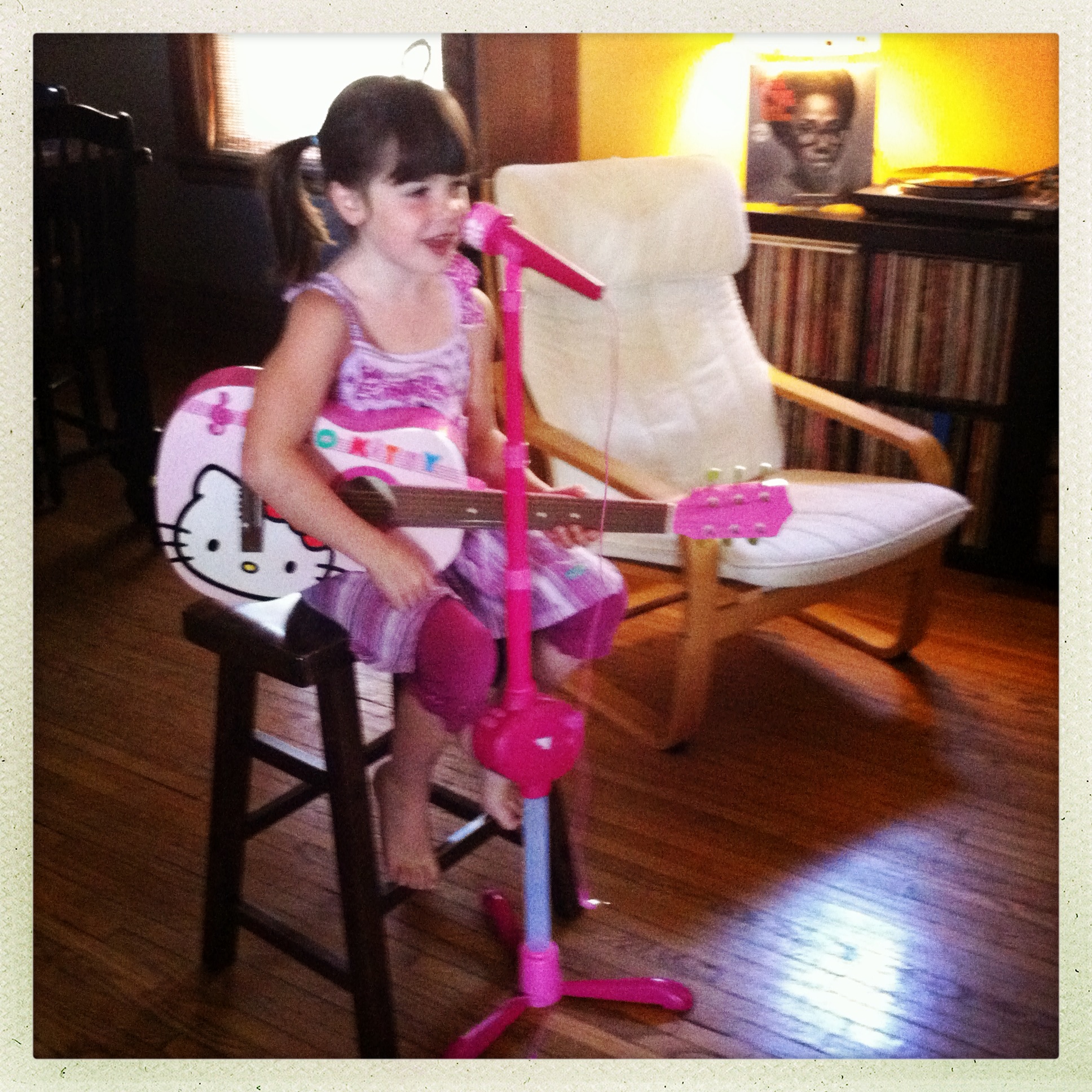